This was developed to recruit high school students to attend Auburn University back in the 1970's. 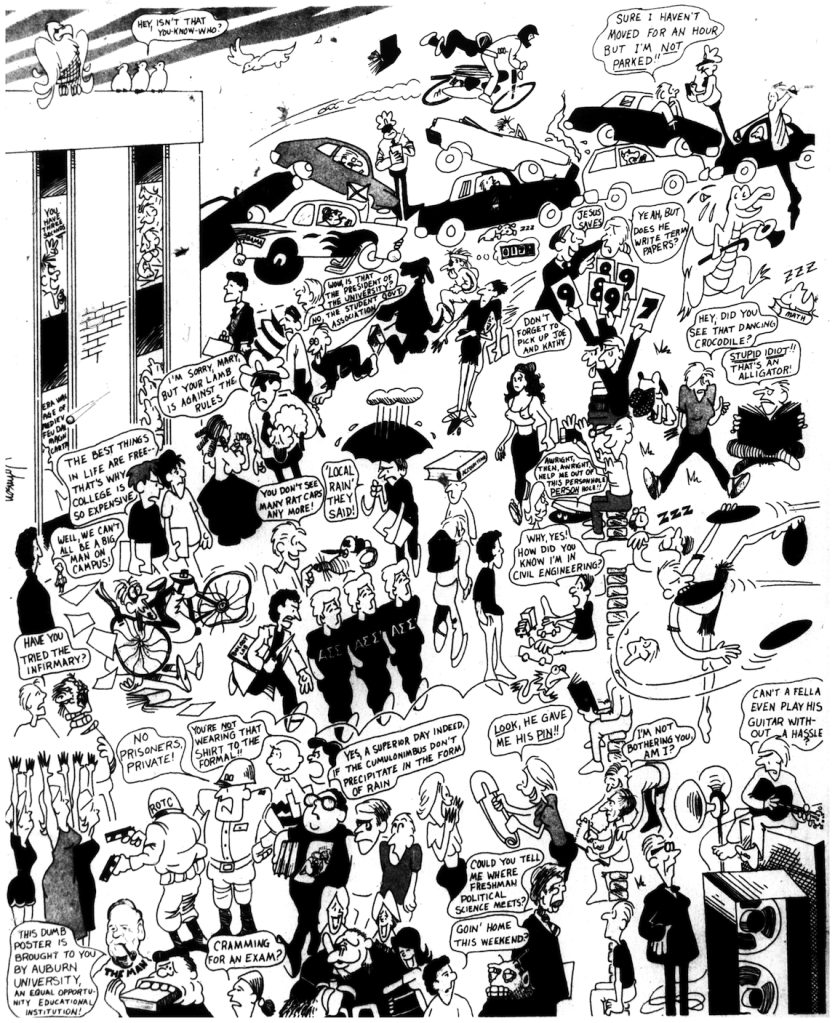 Posted by Elvis Wearing a Bra on His Head at 6:30 PM 2 comments:


It was a celebratory mood for the boys at NASA; they had just made the scientific achievement of a lifetime.

As they were uncorking a bottle of champagne, the head of the project, Dr. Wilson, asked everyone to be quiet as he was receiving a congratulatory phone call from the President of the United States.

He picked up a special red phone.

He listened for a second, and his smile gradually disappeared, replaced by a frown.

He said, "But that's impossible... we could never do it... yes Mr. President," and hung up the phone. He then addressed the crowd of scientists staring at him curiously.

"I have some bad news," he said, "the President said that now that we've found intelligent life on Mars... he wants us to try to find it in Congress."
Posted by Elvis Wearing a Bra on His Head at 6:52 PM 3 comments:

Katy Perry on Prayer and Politics

Katy Perry talked about her encounter with the Almighty when she was 11 years old.  "I lay on my back one night and looked down at my feet, and I prayed to God. I said, ‘God, will you please let me have boobs so big that I can't see my feet when I'm lying down?’… God answered my prayers. I had no clue they would fall into my armpits eventually."

Katy also declared that she won Wisconsin for Obama.  Definitely she shows political prowess as a kingmaker.  Maybe next time she can win Alabama for the Democrats!

Anyway, she makes a good case for the efficacy of prayer.

Posted by Elvis Wearing a Bra on His Head at 8:29 PM 4 comments:

Alabama Shakes comes from Athens, Alabama.
Posted by Elvis Wearing a Bra on His Head at 6:46 PM 3 comments:

Posted by Elvis Wearing a Bra on His Head at 9:37 AM 2 comments:

Today is the Tenth Anniversary of Super Bowl XXXVIII.

It is the one noted particularly for the exposure of Janet Jackson's right breast during the halftime show, courtesy of Justin Timberlake.

But what else is remembered?

Did the winning team cover the spread?

Who was the MVP?

Where was the game played?

Elvis Wearing a Bra on His Head
I'm in my 30's, and it shows. Since my parents had the good sense to leave Ohio, I lived in Florence (Flo-town), and currently live in Huntsville with my girlfriend Jennifer.I work as an engineer. Oh yeah, I graduated from Auburn. War Eagle! My screen name comes from an incident at a wild party while in college.